And so here in the fourth trumpet we have one third of the light we get from heaven being darkened. This is spiritual symbolic language. It is speaking about the true light from Jesus Christ being darkened in the understanding of men and women. This happens because one third of the sun, moon, and stars were darkened. So the sun, moon and the stars in this scripture represent spiritual things.

The moon and the  sun were ordained from the beginning to rule, and to divide the light from the darkness.

If one third of the “spiritual” heavenly lights are darkened, then the darkness is not being fully divided from the light, creating shades of gray and obscuring the truth. Spiritually that spells “trouble” because Satan is working some kind of false Christianity deception!

The sun spiritually represents the full light of the New Testament that came by Jesus Christ.

“But unto you that fear my name shall the Sun of righteousness arise with healing in his wings; and ye shall go forth, and grow up as calves of the stall.” ~ Malachi 4:2

Whenever Jesus was revealed clearly as who he really is, it was described as light as bright as or brighter than the sun.

The moon represents the Old Testament because it has no light in of itself. But it’s light only comes by reflecting the sun’s light. Therefore the moon only gives you the ability to see things in a black and white way, as we see things in the shadows of the night through the moonlight.

“For every high priest is ordained to offer gifts and sacrifices: wherefore it is of necessity that this man have somewhat also to offer. For if he were on earth, he should not be a priest, seeing that there are priests that offer gifts according to the law: Who serve unto the example and shadow of heavenly things, as Moses was admonished of God when he was about to make the tabernacle: for, See, saith he, that thou make all things according to the pattern shewed to thee in the mount.” ~ Hebrews 8:3-5

But through the bright sunlight we see clearly things in full color. So the light of Christ enables us to see the true image of Old Testament spiritual things.

“For the law having a shadow of good things to come, and not the very image of the things, can never with those sacrifices which they offered year by year continually make the comers thereunto perfect.” ~ Hebrews 10:1

Jesus Christ was the complete fulfillment of the Law of Moses. The Law only provided a partial reflection of the light, and cast a shadow that outlined the true. But the Law was not the fulfillment of the true light. The bright light of truth, and the perfect image of the truth, came through Jesus Christ. For the bright spiritual sunlight that comes by Christ brings forth the clarity of all things, and in full color.

And of course, we know from the first chapter of Revelation that spiritually stars represent the ministry. These stars are responsible for delivering God’s message and leading people to Christ. Just as the physical star led the wise men to Christ shortly after he was born.

Is that not especially what we have seen happen since the sixteenth century? In that century during the Reformation the Bible began to be more widely published in the language of the common people. So knowledge and understanding of the scripture greatly grew.

So has your understanding been darkened today by the effects of what a darkened ministry from past history has done? Many darkened teachings have been taught for so long, that many people believe them as gospel still today.

One example that is extremely common: “You cannot live like Jesus. You must still sin, even if Christ has forgiven you.” But there is a multitude of scripture teaching us that we can be delivered completely from sin, and live holy. Have the darkened stars darkened the sun and the moon for you? If sincerely from your heart you want to live holy, Jesus will help you. But if you don’t want to be completely free, Jesus will allow you to believe a lie.

“And for this cause God shall send them strong delusion, that they should believe a lie” ~ 2 Thessalonians 2:11

Spiritual light is the blessing God provides to those who have been healed of the confusion of darkness through a whole hearted purpose to love and obey Christ.

Reference note:The scriptures show us in many places that this analogy of darkening the stars, sun, and moon, is often used to show God’s judgement against those who are not completely sincere and honest in their service to God. For your own study, here is a list of many examples in scripture where this same analogy is used:

This site uses Akismet to reduce spam. Learn how your comment data is processed. 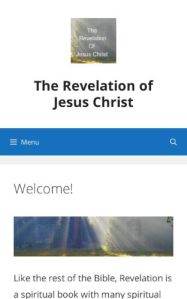 Please forgive any advertisements by WordPress.com (they require them for the continuation of this site on their service.)